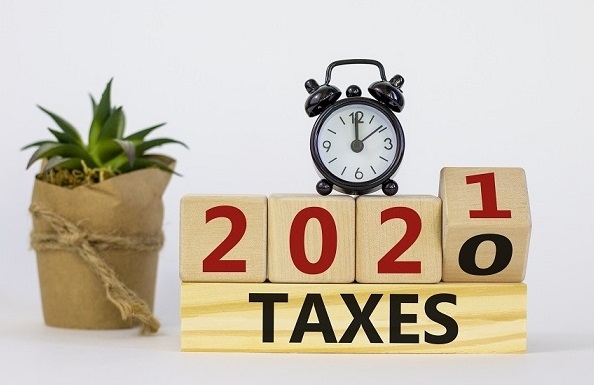 Tax Changes Under a Biden Presidency

The seemingly never-ending election of 2020 is over, and with a surprise pick up of both Georgia Senate seats Joe Biden and the Democrats have secured a slender majority in both the House and the Senate.  President-elect Biden campaigned on a promise to raise taxes on the wealthiest Americans to pay for an ambitious agenda of social programs to continue combatting the health and economic crisis brought on by COVID-19.  His proposals include additional funding for healthcare, infrastructure, low-income schools and climate initiatives funded by raising taxes on the highest earners, corporations and estates.

While many assumed tax increases were off the table with Republican control of the Senate, surprise victories in both Senate runoff elections in Georgia now give Democrats a slim majority in both houses of Congress.  The narrow margin will most likely limit the Biden administration from pursuing its most ambitious goals (which require 60 votes), but tax policy is likely to change.  Congress can use a special process known as budget reconciliation to pass changes to the tax code that only require a simple majority and cannot be filibustered in the Senate.  This process was used by President Obama to pass the Affordable Care Act in 2010 and by President Trump to pass tax cuts in 2017.

President-elect Biden will need the support of moderate and conservative Democrats who may be hesitant to raise taxes while the economy seeks to recover from the worst economic crisis in decades.  So, what type of tax changes can we expect over the next couple of years?  I’ve highlighted some of the major proposals we may see below.

A cornerstone of Biden’s tax plan is to raise taxes on the wealthiest Americans.  He wants to raise the highest personal income tax rate back to 39.6% from its current 37%, (lowered by the Tax Cut and Jobs Act of 2017).  He has also discussed capping itemized deductions for higher earners and phasing out the 20% deduction for qualified businesses that was part of the Trump tax cuts.  He has promised not to raise taxes for anyone earning less than $400,000.

Biden has proposed treating capital gains and dividends as ordinary income for those earning $1 million or more.  For higher earners, this would essentially raise taxes on investment income from its current 20% maximum to 39.6%, a rate not seen since the Carter administration.  We believe he will have difficulty gaining the support of moderates for a change this big and expect a more modest hike to 24% or 28%.

The corporate tax rate was at 35% for a generation before President Trump cut it to 21% in 2017.  Biden would like to increase this to 28%.  This would increase US corporate taxes to just slightly above the average global tax rate of 23.79% but in line with the average rate for the G7 countries (US, Japan, France, Germany, Italy, Canada and the UK).  While this certainly won’t help the economy grow, the impact should be minimal if we don’t experience additional shocks to the system.  Biden has also discussed tax breaks for certain businesses. One example – a 10% “Made in America” tax credit for companies that invest in the US, designed to help businesses revitalize or retool US manufacturing facilities, expand operations in the US and bring back jobs that went overseas.

The president-elect has proposed eliminating the step-up in basis for inherited assets, which means more taxes on wealth passed to heirs.  While this idea has gained some traction with Democrats it would be a massive tax headache and difficult to administer.  Many people have no idea what their parents or grandparents paid for an asset and these types of records can be a nightmare to hunt down.  More likely to garner support would be a decrease in the estate tax exemption from its current $11.6 million to something closer to $6 to $7 million.

Biden has put forth a number of proposals to help modest earners and the middle class, some of which are popular with moderate Democrats and some Republicans.  These include temporarily increasing the child and dependent care tax credits and doubling the limit on state and local tax deductions from its current $10,000 to $20,000 for those that itemize.  More controversial proposals include forgiving student loan debt and excluding the forgiven amount from being taxed, enhancing tax breaks and access to 410(k) plans for those saving for retirement and enhancing tax credits for small businesses that offer retirement plans for their workers.

One big issue to watch will be whether any proposed tax changes will be retroactive to January 1st, 2021.  While this is possible, elevated unemployment rates and an economic recovery slowed by the continued presence of COVID-19 leads us to believe any changes are more likely to be delayed until January 1, 2022.

A number of other ideas were raised during the campaign that could change Medicare, Social Security and your taxes. It will be important to keep an eye on these issues as you prepare for retirement as they could have a major impact on your planning.  Tune in to future blog posts where I’ll continue to keep you up to date on all matters that may affect your retirement.